Eclosio and its partners implemented the UpScale Project (Upgrading Strategy for Smallscale Cambodian Farmers). It promotes food sovereignty through the creation of favorable conditions for sustainable agriculture in which peasants have access to decent incomes and can defend their rights and interests.

Despite the socio-economic development of the last decade, the problems of poverty and inequality remain a challenge in Cambodia. Taking into account the multidimensional poverty rate of the United Nations, there is an improvement in Cambodia. This rose from 46.8% of the population in 2011 to 33.8% in 2014. During the same period, this index rose from 0.211 to 0.150. However, Cambodia remains ranked 143rd out of 187 countries (2015) in the UN Human Development Index, a situation exacerbated by growing inequality. Thus, although progress can be observed, a large part of the population (83%) remains vulnerable to poverty to the point that negligible events can be enough to send many Cambodians back into poverty. Most of the population (80%) lives in rural areas and more than half (55%) live in agriculture. Most agricultural production is done on family farms with less than 0.5 ha, which is considered the minimum area to meet the basic nutritional needs of families.

(1) Since its opening to the outside world at the end of two decades of internal conflict, a large part of Cambodia’s rice production has been integrated into modern sectors in Vietnam or Thailand that are highly dependent on chemical inputs. In order to maintain crop yields, the use of these crops is increasing in some parts of the country. However, the final price of productions does not increase in concert. As a result, peasants’ income is falling. Beyond the loss of income, these chemical inputs have direct effects on health, the environment and the quality of products. According to standards established in July 2014 by WHO and FAO, 1kg of rice should not contain more than 0.2mg of arsenic. However, in the Kandal area, for example, some samples can reach 0.649mg arsenic per kg of rice. For example, the EU imposed a series of measures in Cambodia to reduce chemical residue levels, such as arsenic and tricyclazole, in rice. It is clear that Cambodia needs sustainable solutions for its agricultural production systems;

(2) access to affordable credit is another challenge for the Cambodian peasantry. Informal lenders use interest rates ranging from 3 to 5% per month, which is often inaccessible for the agricultural sector. Formal microfinance institutions (MFIs), on the other hand, use loans with an average rate of 1.3% per month. These are conditioned to the deposit of land guarantees, which also makes it difficult for agricultural co-operatives to use, since they have few possessions to put in guarantee;

(4) the lack of interest and the modest participation of young people in agriculture leads to low productivity of the sector and raises the question of the sustainability of the sector;

(5) there are few scientific development models adapted to local constraints and the research capacity of Cambodian universities is very limited;

(6) agricultural cooperatives are not yet sufficiently strong and developed enough to professionally serve the interests of their members.

Eclosio in Cambodia supports households in small-scale family farming to improve their living conditions and allow them to live with dignity from their agricultural activity. To do this, we promote food sovereignty, acceptable living conditions in rural areas, strengthen women’s leadership roles in their communities, and encourage young people not to emigrate by engaging in agriculture. The specific objective of the UpScale project is to generate a decent income to enable them to stay above the poverty line.

To know the evolution of the project, we invite you to consult the summary of the mid-term evaluation of the UpScale programme (conducted by an independent evaluator) as well as the managerial response given by Eclosio and Louvain Coopération. The full report of the evaluation is available on request at cybill.nion@eclosio.ong. 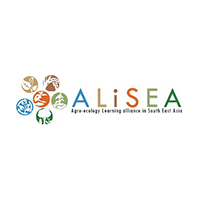